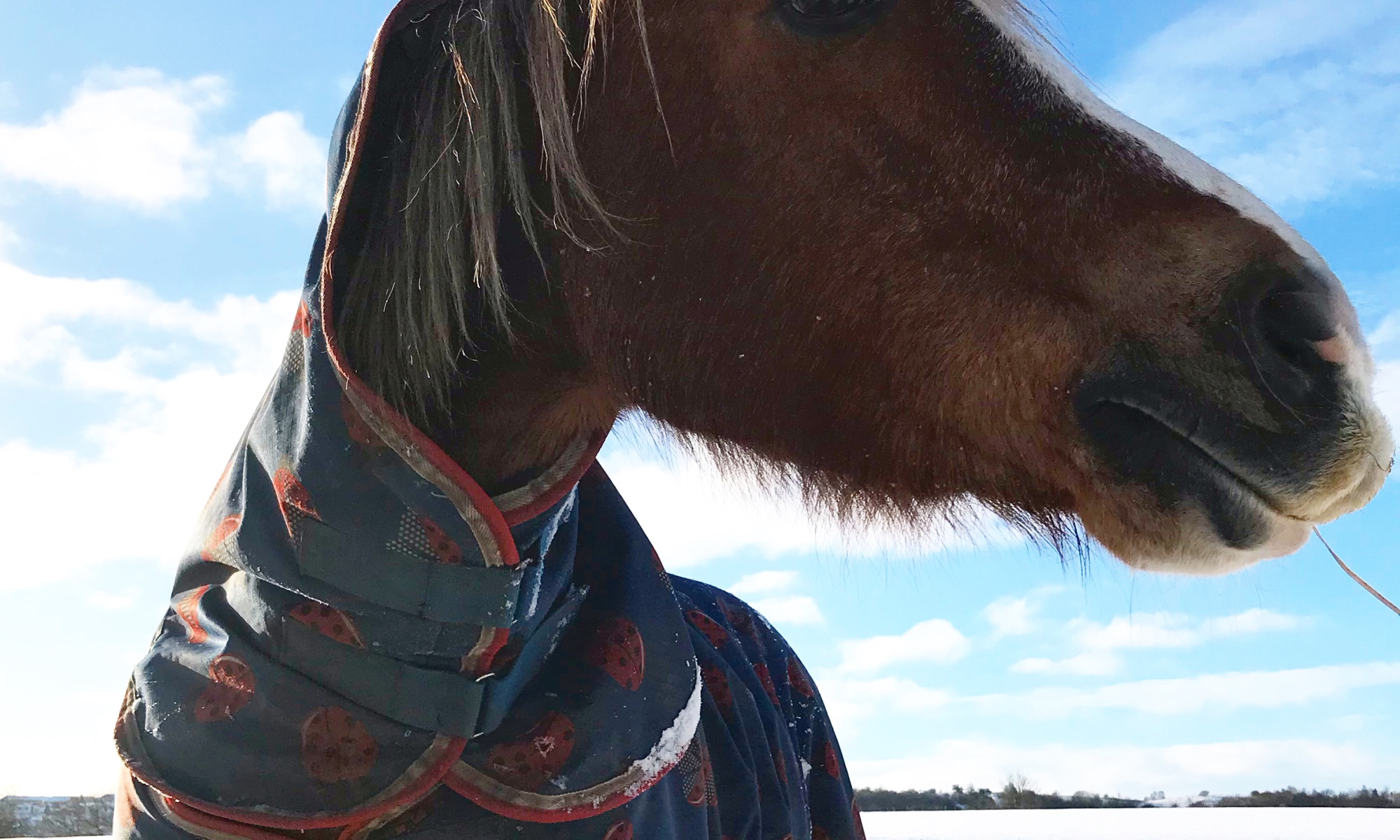 To continue on with my liberty challenge, I started with lesson 4 which was grooming at liberty. I had Bo in the yard at Liberty and offered him a groom. On the day, Bo was pretty pre-occupied with eating the snow which was amusing but he did let me give him a little sweep over and even offered me a groom in return which was lovely. I have been reminded that Bo is pretty confident in expressing himself around me. He also likes the choice to be able to do what his impulses tell him (for example, find the ‘must eat’ patch of snow).

Lesson 5- I did two planned walks and one spontaneous walk with Bo where I just walked beside him wherever he wanted to go. I found the first time I did it that Bo was confused because I think he thought I was expecting something from him.

This really got me thinking about the relationship we naturally build with horses- there is a lot of expectation involved. On a normal day we expect our horses to stand tied up to be groomed, tacked up and patted, we expect them to listen when we ask them to do something, to be polite, to pay attention, to stand still. The list is quite endless. I have found we rarely just relax with our horses without any ulterior motive. I have often found myself standing observing Bo and then I realise he’s got a bit of dirt on his face that I’ve missed so I go get a brush and clean it off- the ‘being’ is then interrupted by my need to have to ‘do’ something. I found it quite refreshing, therefore, to reassure Bo that I didn’t actually want anything and that he could do as he liked.

On the following walks, he was a lot more relaxed. He looked to me less like ‘what do you want?’ and was more ‘where shall I wander to now?’ in his approach. It was nice to spend the time doing these little activities- especially since it’s winter and we haven’t been able to do much!

I also noticed the stillness in my mind. This is something that I don’t have as entirely when I’m riding. I always achieve this stillness of mind when I am working at liberty or on groundwork when I am completely focussed on reading responses. It’s not the same when you are jumping or schooling, when you are thinking ‘are we straight?’, ‘is this rhythmical?’, ‘I need to remember to ride into the corner more’, ‘one, two, three, four strides’. You are always thinking about your next move or analysing performance. At liberty or in groundwork, you are listening to what your horse is saying in a completely different way. It almost gives them more of a voice, I feel.

That’s not to say that they don’t have a voice when you’re riding depending on how you ride, but it’s that element of control which is absent at liberty which really gives the horse a voice.